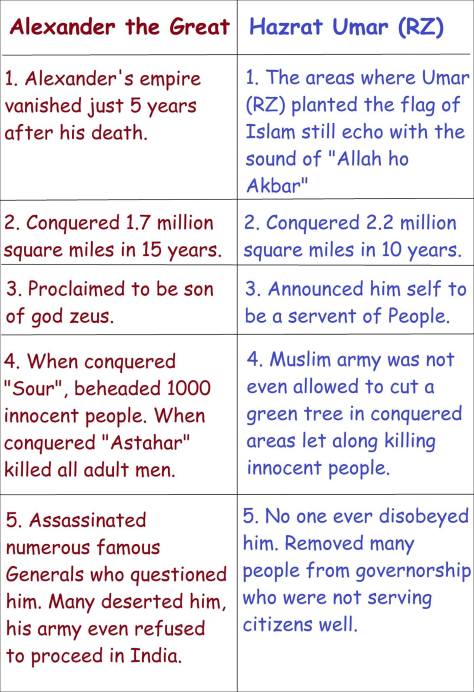 Alexander lll of Macedonia known as Alexander the Great (21 July 356 BCE – 10 or 11 June 323 BCE), was the son of King Philip II of Macedonia. He became a king at the age of 20 upon his father’s death and ventured out of Macedon at 23. He first conquered the whole of Greece. Then he entered Turkey. After this he defeated Darius (Dara) of Persia, entered Syria, moved to Jerusalem and then Babylon and Egypt and India. In India he fought King Porus and founded the city of Phalia in memory of his favorite horse.
He started his return through Makran. Though his death is a mystery but commonly said that he contacted malaria or typhoid on his way back and died in the year 323 B.C. at the age of 33 in the palace of Bakht Nasr.

Alexander was the son of a king. he was taught to fight and ride by Leonidas of Epirus, a relative of his mother Olympias. Lysimachus of Acarnania taught him reading, writing, and to play the lyre. At the age of 14 Alexander was introduced to the Greek philosopher Aristotle who Philip hired as a private tutor.
On the other hand Hazrat Umar Farooq  ﺭﺿّﻰ ﺍﻟﻠﻪ ﻋﻨﻪ did not have any royal ancestor in his 7 previous generations, grew up minding herds of goats and sheep and had not got trained in the art of war from anyone. Not just war but He didn’t learned horse riding or art of Archery and sword fighting from any teacher. But what goes in his way is that his only teacher was Last Prophet of Allah all mighty, Prophet Muhammad (ﺻﻠّﻰ ﺍﻟﻠﻪ ﻋﻠﻴﻪ ﻭﺁﻟﻪ ﻭﺳﻠّﻢ ).

In 15 years of conquest Alexander had conquered 1.7 million square miles of land with an army of more then 32,000-47,000 infantry and 5,100 cavalry.
Hazrat Umar Farooq ﺭﺿّﻰ ﺍﻟﻠﻪ ﻋﻨﻪ , in 10 years, conquered 2.2 million square miles of land including the super powers of that time, Rome and Persia with an un‐organized army. No ruler of ancient time had a domain as vast as that of Hazrat Umar ﺭﺿّﻰ ﺍﻟﻠﻪ ﻋﻨﻪ which he had not only got conquered on mere horseback but had also managed and ruled it.
Alexander got many of his own generals killed during his conquests, many generals and soldiers deserted him, there were rebellions against him and his army even refused to proceed in India.

He removed Saad bin Abi Waqas ﺭﺿّﻰ ﺍﻟﻠﻪ ﻋﻨﻪ from the governorship of Kufa(1) and recalled the amir of Egypt Ghayas bin Ghanam, made him wear cloths made of rough hair and assigned him to grazing the sheep because he use to wear expensive cloths and had a guard at his door. No one dared to disobey.

Alexander conquered 1.7 million square miles of land but could not give any system to the world, whereas
Hazrat Umar ﺭﺿّﻰ ﺍﻟﻠﻪ ﻋﻨﻪ gave such systems as are still prevalent the world over:
1 – Started Hijri calendar
2 – Introduced Jail System.
3 – Started the salaries for Muezzins (Who Say Azan for Prayers).
4 – He order to maintain light in all Mosques during night times.
5 – Introduced the Police system for the first time.
6 – Lay down the foundation of a complete court system where even he was answerable.
7 – Started a regular holidays system for soldiers so that they can give proper time to their family.
8 – He introduced the Canal System for agriculture and irrigation system.
9 – He first time made the Army FOB’s (Forward operating bases) and laid the foundation of a military departments and a complete organization system.
10 – He first time in the world ordered funds, benefits and appointed regular salaries for infants, handicapped, homeless, old, helpless and widows.
11 – Made rich, rulers and government officials to declare their assets.
12 – Started punishing unjust judges.
13 – First time in history started accountability of upper class.
12 – Started punishment for the consumption of alcohol.
13 – He first time ordered to wear uniforms for Police.
14 – During his tenure the Taraweeh Prayer was started regularly.
15 – Adopted the sentence ﺃﺻﻠﻮﺃﺓ ﺧﻴﺮ ﻣﻦ ﺍﻟﻨﻮﻡ (Prayer is Better than Sleep) in Fajar Prayer.
16 – Built resting places on many places on famous trading routes.
17 – He used to protect the trade caravans at night.
18 – He was the only ruler ever to admit that even if a dog died of hunger on the banks on river Tigris during his rule, he would have to bear the punishment for this.
19 – He was in debt when martyred and his loan was paid off by selling his only property according to his will.
20 – His sentence “Mothers give birth to free children, since when have you enslaved them” is still considered the charter of human rights.
21 – He used to say that pardoning a tyrant is injustice to the oppressed.

He ﺭﺿّﻰ ﺍﻟﻠﻪ ﻋﻨﻪ used to say that rulers who deliver justice, sleep fearlessly at night.

His saying is that “the leader of the nation is actually its servant.”

His stamp read “Umar! death is enough of an admonition”.

He ﺭﺿّﻰ ﺍﻟﻠﻪ ﻋﻨﻪ used to go to sleep with a brick and even his own elbow as a pillow.

While traveling, he ﺭﺿّﻰ ﺍﻟﻠﻪ ﻋﻨﻪ would just stretch a sheet on a tree to make a shadow and go to sleep whenever sleepy.

He ﺭﺿّﻰ ﺍﻟﻠﻪ ﻋﻨﻪ used to sleep on bare ground at night. His shirt had 14 patches, among them one of red leather.

Whenever he  ﺭﺿّﻰ ﺍﻟﻠﻪ ﻋﻨﻪ appointed someone on a government position, he would get an estimate of his wealth and keep it with himself.

If the wealth of that person increased during his tenure, he ﺭﺿّﻰ ﺍﻟﻠﻪ ﻋﻨﻪ would be held accountable.

Whenever he ﺭﺿّﻰ ﺍﻟﻠﻪ ﻋﻨﻪ  appointed anyone as a governor, he would advise him to never to ride a Turkish horse, wear fine cloth, consume fine flour, have a gatekeeper or close his doors to the distressed.

His justice gave rise to the term “Adl‐e‐Farooqui” (the justice of Farooq).

His justice was such that when he died, a herdsman came running in a far off land in
his domain shouting “O men, Hazrat Umar ﺭﺿّﻰ ﺍﻟﻠﻪ ﻋﻨﻪ has passed away.”
People asked him in astonishment who, thousands of miles from Medina, informed him of this in a jungle.
The herdsman said “as long as Hazrat Umar ﺭﺿّﻰ ﺍﻟﻠﻪ ﻋﻨﻪ was alive my sheep used to move around fearlessly in the jungle and no beast dared to even look at them. Today, for the
first time, a wolf has taken away my goat. The fearlessness of the wolf indicates to
me that Hazrat Umar  ﺭﺿّﻰ ﺍﻟﻠﻪ ﻋﻨﻪ  is no more.”

The name of Alexander is now only in books whereas the systems devised by Umar  ﺭﺿّﻰ ﺍﻟﻠﻪ ﻋﻨﻪ are still prevalent in at least 245 countries of the world in some form. Even today, when a letter leaves a post office, when a policeman wears a uniform, when a soldier goes on a leave after six months of duty,when a government pays a stipend to a child, a destitute, a widow or a helpless person, the society automatically accepts Umar  ﺭﺿّﻰ ﺍﻟﻠﻪ ﻋﻨﻪ  as “The Great” and acknowledged him to be the biggest “Sikandar” ever, except for those Muslims who, in their deep sense of inferiority, look around in fear even when reciting the words of faith.

The Muslims of Lahore had once dared the English that if they once decided to act, they will remind them of Changez Khan. Upon this Jawaharlal Nehru had smiled and said that “sadly these Muslims citing the example of Changez Khan had forgotten that there was an Umar ﺭﺿّﻰ ﺍﻟﻠﻪ ﻋﻨﻪ also in their history.

A Famous historian once said “If Muslims had one more Umar Farooq  ﺭﺿّﻰ ﺍﻟﻠﻪ ﻋﻨﻪ  in them, Islam would have been the only religion of the world.”

We are also forgetting today that among us was one Umar Farooq ﺭﺿّﻰ ﺍﻟﻠﻪ ﻋﻨﻪ about whom the Prophet Peace and Blessings Be Upon Him had said that “If there could be a prophet after him, he would have been Umar (Radiallahu Ta’ala Anhu).

Umar ﺭﺿّﻰ ﺍﻟﻠﻪ ﻋﻨﻪ deputed Muhammad bin Masalma to hold an inquiry on the spot and if he found that a door had in fact been constructed it should be burnt. Muhammad went to Kufa and found the door. Saad ﺭﺿّﻰ ﺍﻟﻠﻪ ﻋﻨﻪ argued that as a market adjoined his house the door was necessary to shut down the noise. This explanation was not accepted and Muhammad burnt the door.

This is how Hazrat Umar ‘s ﺭﺿّﻰ ﺍﻟﻠﻪ ﻋﻨﻪ legacy was! What a great man! Surely Islam needs such men at the moment!

2 thoughts on “WHO IS THE GREATEST CONQUEROR IN HISTORY: Alexander the Great or Hazrat Umar Al Farooq ﺭﺿّﻰ ﺍﻟﻠﻪ ﻋﻨ??”